Devices for ZOOM and online tutoring

ZOOM and online tutoring is becoming popular. However, the main two issues are slow Internet access and poor-quality laptop without an active pen.

See this article: wireless Speed inside the house

Most parents would buy laptops in the range $500-$700 for the kids to use at school. The screen is awful with low resolution like standard HD at 1280 x 720 and very low brightness around 180 nits (versus good brightness level of 300 nits or better). You are lucky to get full HD at 1920x1080 which is still poor today. These screens tend to produce poor colours and faded texts unlike the crisp and vibrant looking quality of high-end devices. These laptops are also generally of poor quality and slow. After loading a whole bunch of bloat wares that manufacturers load on at the factory, the devices are so slow that they are unbearable to work with. Further more, there is a need for a touchscreen with an active pen for students to write on the screen to easily communicate their ideas duriing an online lesson. All of these cheap laptops do not have touch screen and active pen.

Look for a used Surface Pro 4 or higher on eBay. It has a bright and high resolution screen at 2736 x 1824. Even an old Surface Pro 4 with i5 CPU and 4GB memory would beat most of the cheap new student laptops by far. ZOOM software only use between 25%-40% of the power of this device. It can run a full Windows 10 OS and each device has a Windows 10 license built into its firmware. There is no need to worry about getting a Windows license. A used unit with keyboard and active pen would cost around $350-$400 on eBay auction. 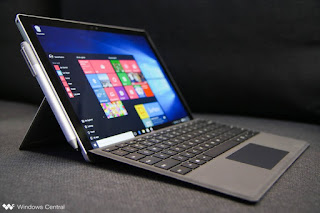 Get a used iPad Pro with Apple pen. The screen is nice and bright with a high resolution of 2732 x 2048. This is a pretty expensive option. Even used a good iPad Pro with Apple pen on eBay would cost around $650. A new unit would cost around $1500. The other problem is that this option does not offer a full desktop operating system for work like Windows or MacOS. The ZOOM software for iPad is decent but not as good as the one for Windows. 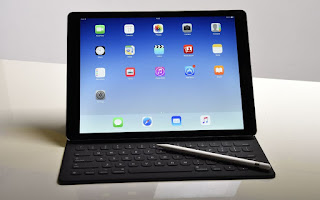 Get a new Microsoft Surface Pro. This is also expensive at around $1500 - $1800 depending on options. IT allows users to use Windows 10 and an active pen on a very nice and bright screen (Display Resolution: 2736 x 1824). It still looks the same like older models from 4-6. 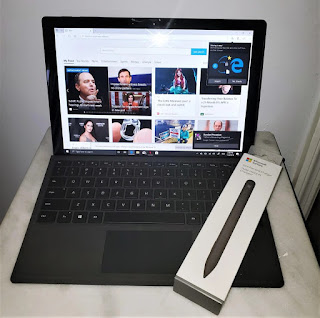 Get a chrome book with a pen like the Samsung Chromebook Plus with bright and high resolution screen of 2400 x 1600. The price is quite reasonable even when new. It's hard to get a used chromebook on eBay. There are some chrome books with a pen and the prices are between $350 - $800. The most expensive ones offer much better screen at high resolution and brightess and more colours. You would need a chrome book at the price close to $800 to get touch screen and active pen. The hardware quality will be similar to those Windows laptops around $1500. 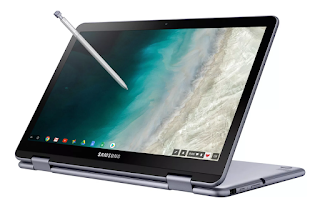 The only problem with this option is that ZOOM software on the device is of poor quality. ZOOM has different versions of its software on each platform. ZOOM is probably best on Windows. Then it is not too bad on iPad. But on chromebook and Android, it is quite poor. The support for pen and annotation is very poor at the moment. So, one should avoid these devices for now.

Of course, there are very expensive laptops supporting active pen as well. These are from Microsoft, HP, DELL, Lenovo, ... They costs between $2000 - $4000 and parents would not want to buy these for their kids. And they often do not provide the ability to lay them at the right angle for comfortable writing on the screen like the iPad and the Surface Pro. These laptops are more powerful and often have larger screens.

A final note is about Apple laptops just in case you wonder why they are not mentioned. They are not recommended because they do not offer touchscreen and pen. Perhaps, Apple wants to sell more iPad instead of Apple laptops which are already very expensive.