This is the best ever set of results. While the top student did not achieve highest OC profile of 276/300 of last year, there are a lot more students and great results overall. About 65% of the students achieved OC placements or scores good enough but they only picked schools with too high entry cut-off scores. The performance in the OC test pretty much matches with expectations from OC trials.

A few interesting observations could be seen from the results. When students scored well in the OC test and their school did not give marks, the OC profile is generally better than expected. However, if they scored poorly, the OC profile would be worse than expected. It also looked like in 2015, English difficulty has been brought down a little. This pushed the importance of GA even higher. It would be  possible to do really well just by having a great GA score while English and maths were at the average. 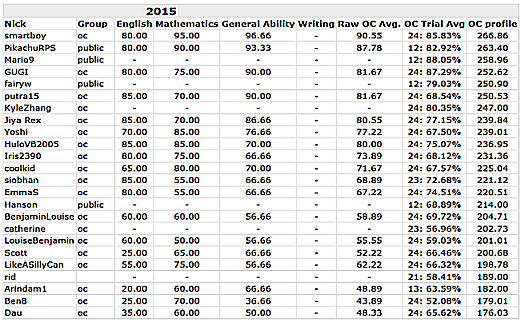 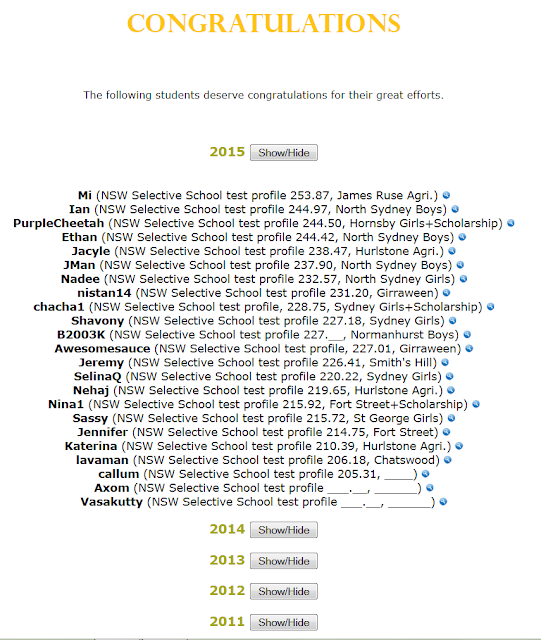 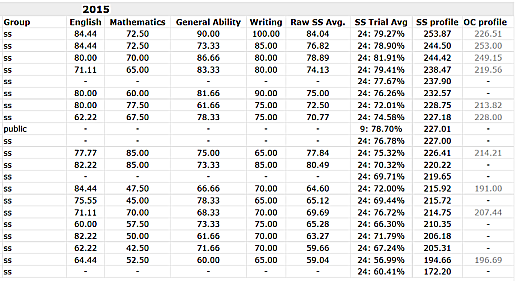